COMBAT VETERANS MOTORCYCLE ASSOCIATION® CHAPTER 18-12
This section of our website is to honor the men and women we have lost in our chapter, Our Heavenly Heroes. 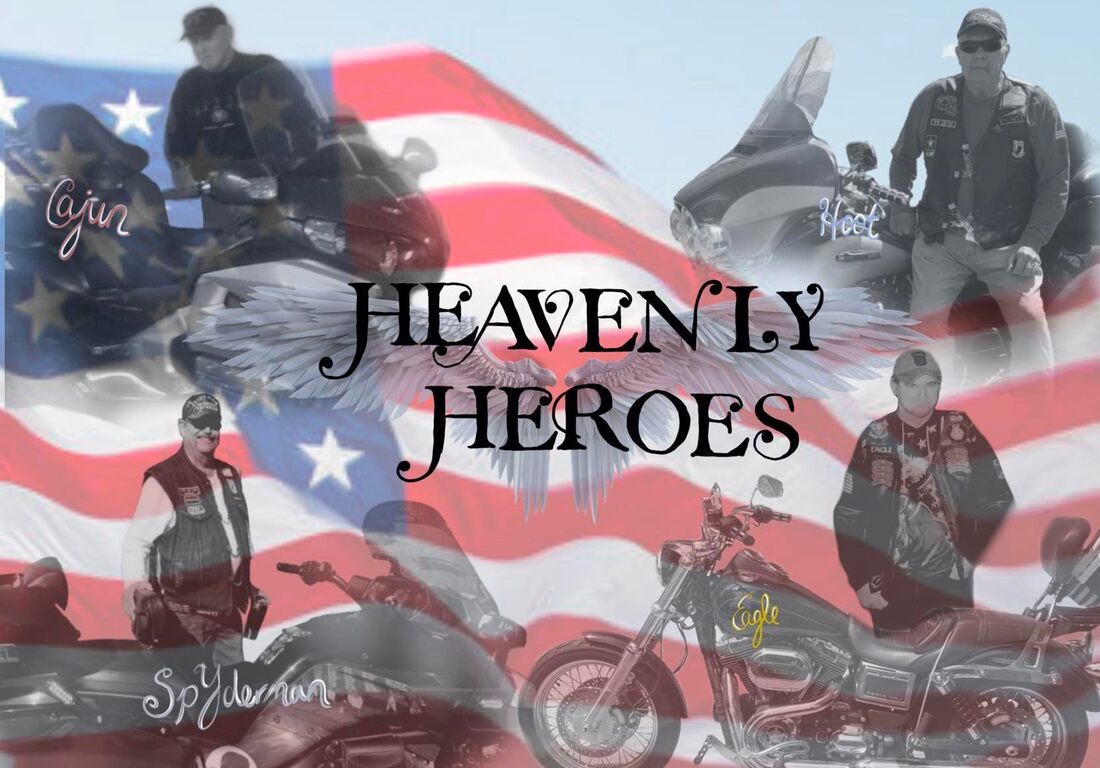 ​Edward was born and raised in New Orleans, LA.  He earned his GED while serving in the US Army. Edward was drafted into the US Army in 1967. He served as a Light Weapons Infantryman with Company B, 2d Battalion, 12th Infantry Regiment, 25th Infantry Division. Edward deployed to Vietnam in 1968, during that time Edward distinguished himself in combat earning the Silver Star Medal. He was also wounded in action on two occasions while participating in combat operations in Vietnam. The second time he was wounded in action, Edward was shot multiple times and he recovered from his serious injuries in Japan and then at Brooke General Hospital at Fort Sam Houston, TX. Along with the Silver Star Medal, he earned the Purple Heart Medal with one Oak Leaf Cluster and the Combat Infantryman’s Badge. Edward was medically retired from the Army.

After serving in the Army, Edward was a Constable in Corpus Christi, TX. He also worked for the United States Post Office in Corpus Christi. Edward moved to Knoxville and worked for the Knox County Sheriff’s Office for four years. He was a proud member of the Combat Veterans Motorcycle Association ®, 18-12. Sadly, Edward passed away on February 27, 2021after a battle with cancer. He was laid to rest at Greenwood Cemetery in Knoxville, TN.

On 20 February, 2022 we lost a friend and family member, Maurice LeBlanc, he was 74 years young. He is a loving husband to Brenda for 32 years, to each they are “that person”. They shared a house filled with love, dogs, cats, horses, and spYders...the 3 wheeled kind. The adventures they shared riding this country was amazing, based on the photos and stories they would share. Their love for adventure and for each other was fairytale worthy, and it made us all envious.

He served in the U.S. Navy during Vietnam 1966-1967 was assigned to the USS Harnett and PBR’s . He was part of the Brown Water Navy’s river patrol force, the PBR river rats. They braved over 3,000 nautical miles of perilous rivers and canals threading the landscape of Vietnam. Their primary mission was to intercept and interdict communist supplies. They delivered and supported land forces and engaged enemy forces ashore with onboard weaponry. The lightly armored boats used meant they were a constant target from land and water attacks. His post military job was working for Verizon climbing up poles like a squirrel. Maurice and Brenda eventually settled here in Tennessee.

Maurice joined the CVMA in 2016 with his wife Brenda. He supported the CVMA and its endeavors to help veterans in need. Along the way he made friends with others in the motorcycle community. He later became one of the creators of CVMA chapter 18-12. His ideas were instrumental in building the chapter's veteran assistance programs as well as the Dragoon family mentality. He served as both our Sergeant at Arms and Road Captain. He is laid to rest at East TN Veteran Cemetery section NA plot 643.

James was an Army veteran and served in Vietnam, and joined the CVMA in Sept. of 2019 and became our chapters Treasurer in 2020 until his hospitalization. He also served as a member of Volunteer State Honor Guard, Vietnam Veterans of America Morristown chapter and AMVETS Chapter 104.

When our commander first met up with Hoot and his son Dennis they were looking for a group that liked to ride. A few rides later he joined 18-12. Hoot was a soft spoken man; he had a pace to himself that never wavered. So it was a little out of character when he stepped up to be the chapter Treasurer, but he took on the responsibility. Hoot always showed up when it was time to help others. He was at most of our rides, the quite one at the back on his beloved trike.
He commanded your attention with his size but his gentle voice made you welcomed and cared for. Even with his various medical issues over the past year or so, if he could get there, he’d be there. He might need a ride, or drive his car, he might have needed a cane, but he was there helping Veterans.
​
With Hoot you never questioned his love for veterans, his love of riding, or his love for his family and that included his Dragoon family. One of the last things he said to our group before he passed on February 21, 2022 was that “he loved all of us, and that’s enough”, we couldn’t agree more. Until next time. He is laid to rest at East TN Veteran Cemetery section I plot 840.

Kenny passed on March 20th in his hometown of Albany, GA. He was retired from the US Army and was a member of the 101st Airborne, he served in Iraq and Afghanistan and was a motor transport operator. He received many awards and citations during his service.

Kenny joined our chapter in June of 2021 and is the person who made the table for our board. He hand carved the table, painted it and then coated it in resin. It was a ongoing joke between him and the CO about how big that table was going to be. When Kenny started it he said it was going to be 6 foot, when he gave updates it was 8, then 10 and when he finished it it was at almost 16 feet long. When members of the chapter helped him move to his apartment in November we had to use the moving truck to transport the table to the VFW because no one local had an enclosed trailer long enough to haul it.

Kenny was also a member of Team Rubicon which is a disaster relief team that serves various parts of the US. It was through his work there that we were able to help a local Veteran family last year. He spent a lot of time doing projects for them including a mission in December 2021 in KY cleaning up after the tornado's came through Mayfield.

Our CO and PRO both spoke to Kenny the day before he passed, he hadn't been heard from in a few weeks'. He assured them he was fine, that he had been on a cruise and was visiting family. He laughed and apologized for causing them to worry and said he didn't know they cared that much about him.

Unfortunately we didn't know that would be the last time we would speak to him or what he was thinking at that time. But, we did care about him and we have all been worrying about him for months, at least now we know.